From quaint villages to spectacular cities, there’s a reason why river cruising is one of the most popular types of holiday. Not only is all your food and accommodation included in the price of your ticket, but you’ll also get to experience multiple destinations during your cruise; you could literally go to sleep in one city, and wake up in another.

When it comes to specific destinations and rivers, choosing where to take your cruise can be a tough decision. A variety of cruise operator’s offer routes all around the world, including China, Russia and Ukraine. However one of the most popular places to take a cruise this year has been the Danube River. Let’s take a look why! 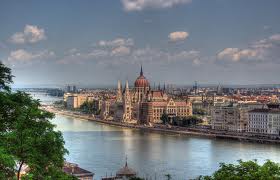 Budapest is just one of many cities that the Danube River passes through, and if your cruise is docking in the Hungarian capital then it’s an opportunity you simply can’t miss out on. Straddling the Danube, Budapest is a historic city as well as being entrenched in a wealth of culture. With more than enough Baroque, neoclassical, Eclectic and art nouveau buildings to keep even the most traversed holidaymaker busy, there’s so much to do here that it’s hard to know where to start.

Another place that the Danube River has shaped over hundreds of years is the German town of Passau. With a population of just over 50,000 people, this picturesque landscape is a popular holidaying destination for Germans as well as the wider European community, and it’s also home to the Inn as well as the Ilz rivers too. It was these rivers that put Passau on the map as they became essential Bohemian salt trading routes, subsequently bring a lot of wealth to the town.

With its high archways, cobbled streets and traditional shopping, Passau offers an Italianate flourish combined with a variety of modern elements. It’s also famous for its great cycling routes thanks to the stunning countryside that runs alongside the banks of the Danube. 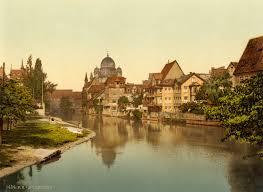 Nuremberg is Bavaria’s second largest city, and one of the most energetic and exciting cities that the Danube River passes through. For many centuries it was seen as the (undeclared) capital of the Roman Empire, and a popular place for German Kings and royalty to keep their jewels. Nowadays it’s a powerhouse in German’s industry sector, offering a vibrant scene of bars, restaurants and shopping locations.

Stuffed with museums and architectural wonders, Nuremberg is a city jam-packed with culture and history. Because of its affluent connections, it was the go-to place for artists to showcase their work, none more famous than Albrecht Dürer (1471-1528) who was actually born in Nuremberg.