ORGANISING a trip to the Cork Jazz Festival with friends seemed straightforward for Tim Kelleher, but when he called the hotel he had booked it had no record of his reservation for 23 guests.

He learnt that the £6,600 handed to a travel agent a month earlier for flights and accommodation had never been used to make bookings.

“I was completely shocked and didn’t know what was going on,” said Kelleher, who runs a hairdressing business in Newbury, Berkshire, with his wife Dianne. “I used my own money to make the booking as I thought it would be the simplest thing to do. I realised then that I had been scammed.” 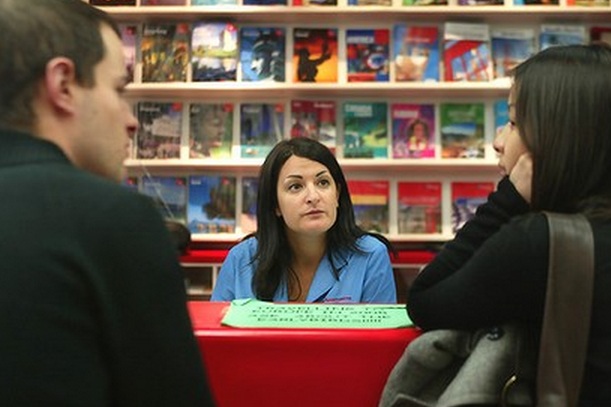 His case highlights the growing risk to holidaymakers from bogus travel agents and online fraudsters. The National Fraud Intelligence Bureau (NFIB) has warned of a big rise in holiday booking fraud, with 4,500 cases reported in 2013 compared with 1,000 a year earlier. The amount of money lost soared from £1.5m to £7m.

There are fears that losses could jump again this year with fraudsters targeting sports fans who want to attend the World Cup in Brazil and the Commonwealth Games and Ryder Cup in Scotland.

Mark Tanzer, chief executive of Abta, the travel trade association, said: “Fraudsters are leaving unsuspecting holidaymakers and travellers out of pocket or stranded with nowhere to stay through fake websites, false advertising, bogus phone calls and email scams. As well as financial loss, there is the huge emotional impact of being stranded abroad or unable to afford another holiday.”

Much of the crime occurs online thanks to fake websites, which may resemble bone fide travel sites such as Expedia and Thomas Cook, but have slightly different names and web addresses.

Detective Superintendent Peter O’Doherty, director of the NFIB, said: “The internet has changed the way we look for and book our holidays. Unfortunately, it is also enabling fraudsters to offer villas, hotels and flights that simply don’t exist, or promising bookings that are never made.”

Kelleher went to a local travel agent, Ashley Taylor, 27, who had operated in the area for two years. “He was someone who local people seemed to know and had used before with no complaints,” Kelleher said.

The agent told him that he needed to pay the hotel deposit, but Kelleher decided to pay the full amount to Taylor by bank transfer. A day later Kelleher contacted the hotel to book dinner, and found it had no knowledge of his booking. He also contacted Aer Lingus, which again had no reservation for his group.

After some wrangling the travel agent, from Thatcham, offered to refund £1,000. Kelleher then reported the matter to Action Fraud, the national fraud and internet crime reporting centre.

Taylor has since pleaded guilty to fraud and is due to be sentenced at Reading Crown Court on Tuesday.

The NFIB said accommodation fraud is most common, accounting for about 30% of its cases. Airline ticket fraud is second, accounting for 21%. Average losses last year were more than £1,000 per victim. Package holidays that combine flights, hotel and car hire for groups going to religious or sporting events accounted for 17% of scams in 2013.

“This year, packages for the Ryder Cup and Commonwealth Games and travel to the World Cup may prove a target,” the report said.

The best way to prevent fraud is to make sure you use only travel agents that are registered with Abta. A YouGov poll for Abta found that 9% of consumers do not research their chosen travel company.

Abta, which is working with the NFIB to highlight the problem of fraud, said: “Don’t just rely on one review; do a thorough online search to ensure the company’s credentials. If a company is defrauding people, there is a good chance that they will post details of their experiences and warnings about the company online.”

Never pay money directly to an individual travel agent’s account. “Paying by direct bank transfer is like paying by cash: the money cannot be easily traced and is not refundable. Where possible, pay by credit card,” said Abta

Under the Consumer Credit Act, any purchases costing between £100 and £30,000 are the responsibility of both the credit card company and the retailer or service provider. If you cannot get a refund from the agent, you can pursue a claim against your credit card company.