The author of Chocolat visited Venice and Rome on her way to Modica, home of the island’s oldest chocolate shop

Robert Louis Stevenson put it best: to travel hopefully is a better thing than to arrive. Certainly, for a writer more familiar with flights of fancy than budget airlines and package tours, the idea of travelling anywhere must have seemed hopeful indeed. But to this writer, as to so many of us, travel has become all about arriving at a series of destinations as rapidly as possible. The age of the ocean liner has passed. Air travel, once exotic, has become the most practical mode of transport, with passengers crammed into aircraft that seem more like buses than anything else. There is no real sense of distances crossed, no local colour, no sense of discovery along the way. Which is one of the reasons that this time, my husband Kevin and I have chosen to travel overland, to try to recapture that hopefulness, when simply to travel anywhere was a kind of adventure. 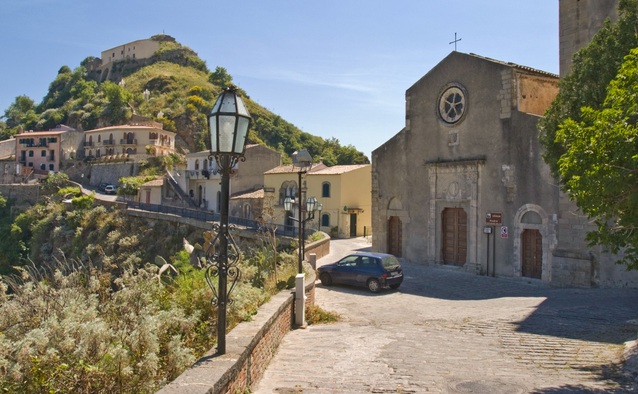 Our destination is Sicily. The time, early December. Given the choice, I’d rather travel out of season, avoiding the crowds. Our itinerary takes us first to Paris by Eurostar, and then to Venice by sleeper train, and then on to Rome and Syracuse. Time is the greatest luxury here, and overland travel does take time, but I’m hoping it will be time well spent, rather than in airports, fretting at security or sitting breathing recycled air. I don’t quite know what to expect, but it feels oddly romantic to be travelling in this way, watching the countryside go by, adjusting to a different pace. However, old-fashioned romance is not always compatible with current standards of comfort, and it does help to come prepared for all eventualities.

First-class travel on Eurostar is very pleasant indeed — clean, fast and serving very acceptable food. The night train from Paris to Venice, however, is rather more basic. The trains are elderly rolling stock, with primitive facilities. The bunks (both in first and second class) are comfortable and of a good size. In first class there is a tiny washbasin in the cabin and a small selection of toiletries. Towels and bed linen are provided — but given the overpriced and frankly inedible food in the buffet car, I would strongly suggest taking a few supplies. Our train gets into Venice at the civilised hour of 10 — we’re spending a couple of days here before moving on to Syracuse.

To me, Venice is most beautiful out of season, when it is free of crowds (and odours). Cold, bright and with the astonishing quality of light that so many artists have tried to recreate, with varying degrees of success, this city never closes for business, but simply reveals different, seasonal facets of its strange and claustrophobic appeal. Cobbled streets, archways, shrines, stone bridges over the canals, gorgeous churches, tiny dogs in padded coats, lanterns over the water at night. After two days of exploring its charms, we take a short but beautiful train journey to Rome, from which we move on to Syracuse.